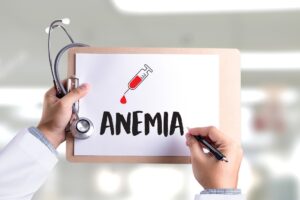 Anaemia (Low HB Level)-
Anaemia is a condition that develops when your blood lacks enough healthy red blood cells or haemoglobin. Haemoglobin is the central part of red blood cells and binds oxygen. If you have too few or abnormal red blood cells, or your haemoglobin is abnormal or low, the cells in your body will not get enough oxygen.
India has the highest prevalence of Anemia. The majority is even higher among Indian women, with around 50% of women having low haemoglobin levels. Numerous studies conducted in India found that poor eating habits (not eating enough fruits, vitamin C, and legumes such as beans and peas)

#Symptoms-
Symptoms common to many types of Anemia include the following:

We are a leading pathology lab in Pune and the best pathology lab on sinhagad Road. We are an emerging brand and with the many branches we strive on bringing the best experience of Pathology lab near you.